Mining Heritage and a Connected Community 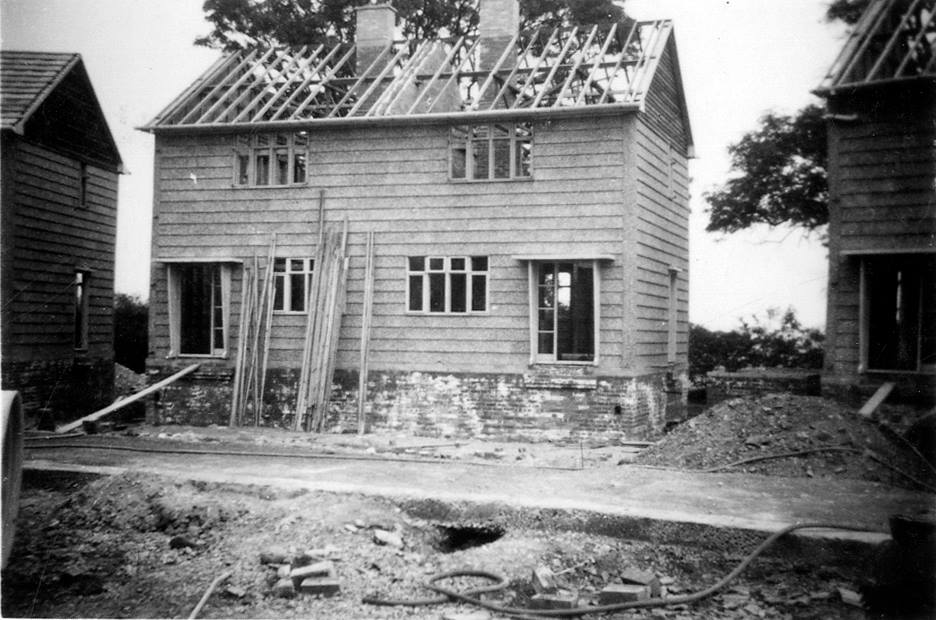 The history of our estate is a rich one, with the development of houses and a community closely interlinked with the development of coal mining in the region. In the 19th century the area was dominated by the Blayds/Calverley family who lived at Oulton Hall. They had become rich as Leeds cloth merchants and bankers, and had moved out of the city to to establish a country estate. In the process they acquired the freehold of much of the land in Oulton, Woodlesford and Rothwell. The sandstone from local quarries, used for much of the older housing, came to define the neighbourhoood. Perhaps more importantly, the coal found under the land brought immense wealth to the Blayds/Calverley dynasty, along with an income and growing prosperity to generations of miners and their families for over two hundred years until the last local colliery closed in 1983.

In the 1950s the descendants of the Calverley family sold the land on which Oulton Estate now sits to the National Coal Board (NCB), as coal production had been nationalised by the Labour government in 1947.  Their vision for the area surrounding the estate was that it should be residential and community orientated and so Wordsworth Drive, Sugar Hill Close and the surrounding streets were designated in the covenants of the sale for “dwellinghouses” only – no commercial properties, except two shops. Neighbouring fields were sold with the proviso that they remain recreational for one hundred years after transfer (and there remains a rugby club and sports fields on this site).

There was a housing shortage for miners in the area, so the NCB soon designated these houses as homes for nearby pits, including Water Haigh Colliery. Construction had begun around 1953 and the estate was rapidly filled with miners and their families (see below for a picture of the early years of the estate. More archive images and local history can be found here: http://newwoodlesford.xyz/).

These new NCB homes were “prefabs” (or prefabricated houses) made in Airey design, named after Sir Edwin Airey, a Leeds-born construction magnate and one-time Lord Mayor of Leeds. Airey houses and other prefabs sprung up in significant numbers across the country after the war, as there was an urgent need for an expanded housing stock and a shortage of materials. The first prototype for an Airey house was built in Seacroft, a suburb of Leeds,[i]  and, between 1945 and 1955, over 26,000 were built across England and Wales. [ii]

Originally built with a lifespan of a few decades, they have broadly proven themselves to be robust and comfortable houses, with countless surviving to the present day. Many cite their listing under the Housing Defects Act of 1984 as justification for their demolition, but this was originally passed to provide assistance to those who wanted to buy and repair them under the Right to Buy. Thousands still exist across the country, most of which have been brought up to modern standards at a relatively little cost – some for less than £10,000 per house by local housing associations and councils (thanks to the PreFab museum for this information)… renovations that Pemberstone is unwilling to do in our case.

The residents of the Oulton estate were unfortunately (and, some argue, controversially) not given the right to buy their homes from the NCB, when other council houses across the country were being sold off to their tenants.

From the NCB to a private landlord

In 1989 the local paper, the Rothwell Advertiser (26 January 1989), explained that before the sale, ‘The Coal Board wrote to every tenant when they were selling the estate, inviting them to buy their own home but… they [the tenants] then received letters advising them that the structures were faulty. “Before we knew anything else, private owners had taken over”’, the Advertiser quotes one tenant as saying. Other residents of the estate during the 1980s also remember being prevented from purchasing, or getting mortgages and insurance, on properties they had lived in for decades. David, who was born on the estate in 1960, recalls that his father, a miner, was refused permission to buy their home because they were not able to get insurance. The reason given at the time was a risk of subsidence. Another resident who had lived there for much of her life, recalls that her father was refused permission to buy their home on Oulton Drive, because the ‘tie bars’ (the steel structure designed to support the weight of the concrete slabs) were rusting. A third resident, Richard, was also informed that he would not be able to get a mortgage or insurance on his home due to rusting tie bars, despite having notice from the NCB some years earlier that they could purchase the houses, and having since invested personally in refurbishment.

Letters written in 1983 between Mr Billy Williams, the former Water Haigh pit manager, and an NCB Area Estates Manager (identified as “JRB”) about a backlog of repairs on the estate, noted that there was an ongoing national concern over the structural soundness of Airey houses. However, as JRB explained, ‘fortunately, at present, we have not found anything [on the Oulton Drive estate] to cause concern’.[iii] JRB noted that investigations will continue, and then, in 1986, a private developer was allowed to purchase the estate – ostensibly, according to one ex-resident, because they had bought the land, not the houses, and therefore circumvented the risk.

The Rothwell Advertiser states that, by 1989 (three years after the original ownership transfer to private hands), the Oulton Drive estate had been allowed to disintegrate into such a state of disrepair that a significant number of the properties had been abandoned by tenants who feared for their security. Several houses had damaged windows that risked inviting squatters, and long-term residents felt forced to move elsewhere as the landlords, Renshaw & Sons Ltd, were ignoring repeated calls for them to meet their basic repair obligations.[iv] Some years later the whole estate was partitioned, with Wordsworth Drive and Sugar Hill Close remaining as affordable rentals in their original Airey design, and Oulton Drive and the rest of the estate being redeveloped to market value semi-detached houses.

Despite these ownership controversies, and the redevelopment of a large part of the estate, the original tenants – the coalboarders as they were known – have remained a tight knit community. Many coalboarders who lived there from the 1950s and 60s have kept in contact via social media long after leaving the estate, and have welcomed new members and new memories as people have moved in. A few old coalboarders I have spoken in recent months told me of being born in the front rooms of these houses, or meeting their future spouses as children in the neighbouring streets.

Several miners and their families remain in Wordsworth Drive and Sugar Hill Close. And among the other households who have moved in since the NCB sold it in the 1980s, that community connectedness remains. Neighbours socialise with each other, assist with odd-jobs around the house, looks after pets on holidays and offer help when illness strikes. This is why everyone rallied together and so quickly formed a Residents Action Group to fight this eviction – there is no disconnectedness, no transience here. At least five of the families have lived here more than four decades, with the remaining majority being long-term rents.

This is a community. A connected community with historic roots to the town, living in iconic post-war houses. And they, my family and the 69 other families currently renting from Pemberstone, have nowhere else to go.

** parts of this history were originally posted as a blog on Homeless Reunite.

[i] Martin Wainwright, (7 May 2012) ‘Gateshead Prefabs become part of history’, The Guardian. https://www.theguardian.com/uk/the-northerner/2012/may/07/housing-heritage-prefabs-airey-gateshead